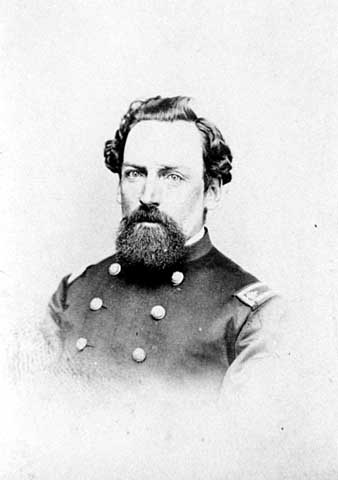 DeWitt Clinton Smith was born on August 20, 1825 in Barre, New York to parents Elisha Smith and Sophia Harding. He was named after the governor of New York, DeWitt Clinton. He moved with a number of other settlers to Adrian, Michigan around 1844 with a group that was known as the "Adrian Colony." In Michigan he met Melissa R. Shepard, also from Barre, NY, whom he may have known prior to his move. They were married in 1847 and spent their first winter living with Horace and Caroline Smith,(DeWitt's brother and Melissa's sister). They taught school there for a few years and Melissa gave birth to their only child Eugene Adelbert Smith in 1850. Smith worked a number of different jobs while living in Michigan. He helped his brother publish a newspaper, he farmed, sold shoes, taught school, was possibly a photographer ("daguerrian artist") and worked in the county registrar's office.

In the fall of 1855, the family moved to Roscoe, Illinois, near where Melissa's parents had settled and built a farm. They taught school for a couple of years while living with five other families. They spent a year on the farm in Beloit, Wisconsin with Azel and Matilda Shepard.

They then moved to MN in 1857 at the time of a financial panic. Horace and Caroline Smith had already moved to Minnesota in the area of Osseo, where a number of other families from the Adrian Colony had settled. Melissa, DeWitt and Eugene lived with Horace and Caroline during the first winter. They later moved to another farm and taught school.

DeWitt was elected county commissioner from Brooklyn Township and was appointed Postmaster at Osseo.

He joined the First Minnesota Regiment April 29, 1861 and was sent to Washington D. C. He became ill in late 1861 and went home on leave to recover and recruit more soldiers. He then returned to his regiment in May 1862 and he was promoted to Captain. They fought in a number of battles before he was shot in the pelvis during the battle of Antietam (Sept 17, 1862). He convalesced in Pennsylvania, with Melissa and Eugene, until he was well enough to return to Minnesota in November 1862. He resigned from the army and requested a pension because of his injury.

They lived on the farm through the summer of 1863 while he recovered and attempted to regain his position as Postmaster. He was appointed State Librarian by Governor Stephen Miller at the end of 1863. He was also seeking an appointment as Paymaster during this time.

Smith worked as the librarian for only a short time, from January 14 to April 30,1864 when he was appointed Assistant Paymaster and left to return to the army. He travelled to Tennessee to pay soldiers and while on route to St. Louis the steamer he was on, Belle of St. Louis, was attacked by confederate guerilla soldiers. He was shot while successfully defending the boat and died the next day, October 28, 1864 of his wounds. He was 39 years old.

He was buried in Roscoe, Ill.