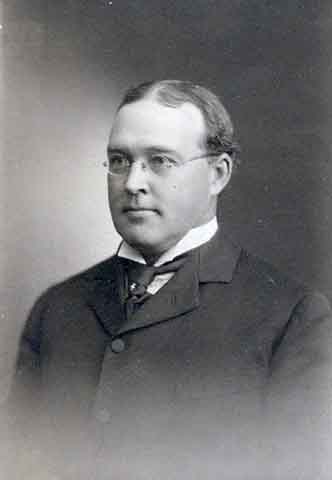 Jaggard was a recognized scholar, authoring treatises on the laws of torts and taxation.

Edwin A. Jaggard was born in Altoona, Pennsylvania on June 21, 1859.  He graduated from Dickinson College in Carlisle, Pennsylvania, in 1879. After college, Jaggard enrolled in Law School at the University of Pennsylvania and received his Bachelor of Laws degree three years later. After moving to Saint Paul, Minnesota in 1882, Jaggard practiced law before joining the faculty of the St. Paul Medical College in 1887. Jaggard lectured on medical jurisprudence and continued his teaching and research at the University of Minnesota Law School, after the St. Paul Medical College merged with the University. As a member of the faculty of the University’s law school, Jaggard was a recognized scholar, authoring treatises on the laws of torts and taxation. In 1898, Jaggard was elected to the Ramsey County District Court bench and served one term. In 1904, while serving as District Judge, Jaggard was elected Associate Justice of the Minnesota Supreme Court and was reelected in 1910. Justice Jaggard served on the Court until his death on February 13, 1911.

You may read more about the life and work of Justice Jaggard in his memorial, and in the Minnesota Supreme Court Historical Society's book:  Testimony: Remembering Minnesota’s Supreme Court Justices, which is the source of this brief biography.