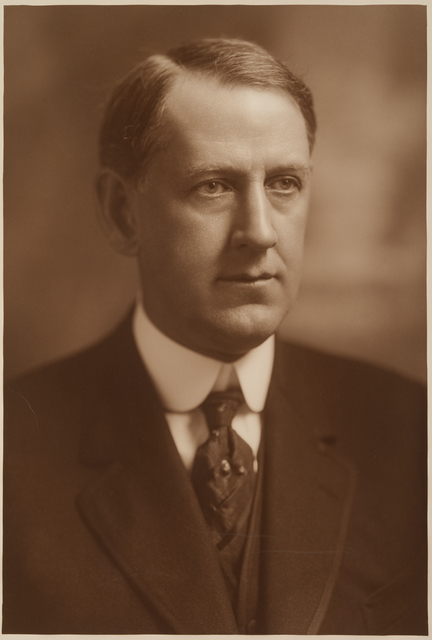 David F. Simpson was born in Waupun, Wisconsin, June 13, 1860. He attended Ripon College and the University of Wisconsin, from which he received his Bachelor's degree in 1882. He began his legal studies soon after his graduation and received an LL.B. in 1884 from Columbia University Law School. He moved to Minneapolis a few weeks after graduation and began his legal career, as many of his time did, by assisting in a law office. Showing early promise, in 1891 Simpson became Assistant City Attorney of Minneapolis and later, City Attorney from 1893 to 1897.  Simpson was elected to the bench as a Hennepin County District Court Judge in the Fall of 1896, and served until his appointment to Minnesota Supreme Court in 1910. He left the Court the following year, however, to join with colleagues and start a new law firm, Lancaster, Simpson & Purdy.  This firm is better known nowadays as Dorsey & Whitney. Justice Simpson died on October 11, 1925, three weeks after an automobile accident.

Simpson's wife, Josephine Sarles Simpson was a prominent local leader in the movement for women's suffrage.

You may read more about the life and work of Justice Simpson in his memorial, and in the Minnesota Supreme Court Historical Society's book: Testimony: Remembering Minnesota’s Supreme Court Justices, which is the source of this brief biography.