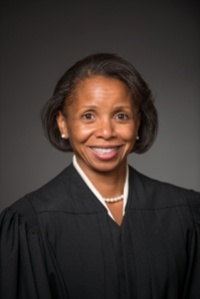 Wilhelmina M. Wright served as an Associate Justice of the Minnesota Supreme Court from 2012 until she was appointed to the United States District Court for the District of Minnesota in 2016

Wilhelmina Marie Wright was born in Norfolk, Virginia on January 13, 1964. She attended Yale University, graduating in 1986 with honors in Literature. She received her juris doctorate from Harvard Law School in 1989.

After law school, from 1989-1991, Justice Wright was a law clerk for the Honorable Damon J. Keith on the United States Court of Appeals for the Sixth Circuit. She then practiced with the Washington, DC, law firm of Hogan & Hartson, LLP from 1991-1995. In the education and litigation practice groups, she primarily represented school districts across the nation seeking to enhance educational opportunities for public school students.

Justice Wright is active in her community, having previously served on the:

Justice Wright was elected to the American Law Institute in 2008. She received the Myra Bradwell Award in 2006 from Minnesota Women Lawyers, the Lena O. Smith Achievement Award from the Black Women Lawyers Network in 2004, the B. Warren Hart Award for Public Service from the Saint Paul Jaycees in 2001, and the Ten Outstanding Young Minnesotans Award in 2000. She received a Diversity and Inclusion Award from Minnesota Lawyer in 2019.

Justice Wright has served with International Bridges to Justice in Geneva, Switzerland as a consultant on criminal justice training in the development and application of the rule of law. She has taught Ethical Leadership in Litigation as an adjunct professor at the University of St. Thomas School of Law. She also has lectured at graduate schools in Belgium and Switzerland on judicial selection and judicial accountability in the United States.