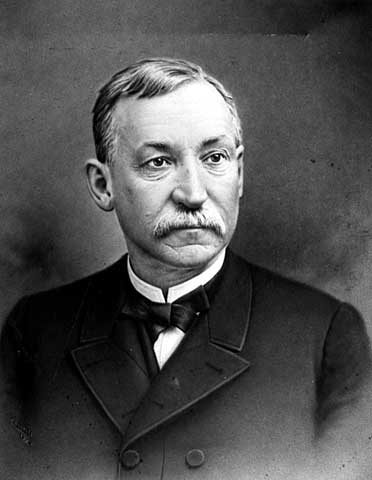 Justice Berry served on the bench for 23 years

John McDonough Berry was born in Pittsfield, New Hampshire, on September 18, 1827 to parents John Berry and Marianne McDonough Hogan. He attended Phillips Academy and graduated from Yale College in 1847. He began to study the law and was admitted to the bar in New Hampshire in 1850. He practiced law for two years before moving west.

He moved first to Janesville, Wisconsin, where he spent two years, then he came to Minnesota in 1853 where he settled in Faribault. He decided to stay in Minnesota and served as a member of the Territorial Legislature (1856 - 1857) and as a Regent of the University of Minnesota (1860-1861). He was elected to the state legislature and chaired the House Judiciary committee 1856-1857. He was elected to the Senate in 1862 and served on the Senate judiciary committee 1863-1864.

In 1863, he married Alice A. Parker of Illinois and they eventually had four children, one son and three daughters. He was elected an Associate Justice of the Minnesota Supreme Court in 1864 and he took office on January 10, 1865. He was reelected twice more. He moved from Faribault to Minneapolis in 1879. During his time on the court, he worked closely with the State Law Library, helping to select materials.

He became ill in May of 1887 with progressive paralysis but continued to work through June. He remained on the court until his death on November 8, 1887 at age 60. He was the second member of the court to die while still in office. He had been on the bench for 23 years.

You may read more about the life and work of Justice Berry in the articles, linked below, and in the Minnesota Supreme Court Historical Society's book: Testimony: Remembering Minnesota's Supreme Court Justices, which is a source of this brief biography.