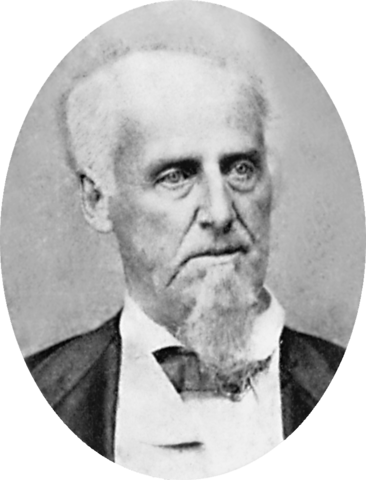 The town of Chatfield in Fillmore County was named for Andrew Chatfield.

Andrew Chatfield was born in Otsego County, New York, on January 27, 1810. His early education was at home on his own in the time his father could spare him. He later taught part time in order to attend Hamilton Academy. At age 21, he entered the law office of Henry T. Cotton at Painted Post, New York, to read the law and was admitted to practice 3 years later. He married his wife Eunice Beeman in 1836 and joined the bar in 1837. He served in the New York Legislature, along with his brother, from 1839-1841 and was re-elected and appointed chairman of the Judiciary Committee in 1845. In 1848 he moved to Racine County Wisconsin and in 1850 became a judge. After meeting Henry Sibley in Washington D.C., he resigned from his position as Judge of Racine County in 1853 to accept appointment by President Pierce to the Minnesota Territorial Supreme Court. He served on the court from April 7, 1853 until April 23, 1857. After his retirement, he resumed practicing law in Belle Plaine, where he lived with his wife, his daughter, his son-in-law (who was also a lawyer) and his grandchildren. In 1863, he worked to revise the statutes of Minnesota. Over the years, he received the nomination of his party for the offices of Chief Justice, Attorney General, and member of Congress, however, he did not serve in any of those positions. In 1870, at age 60, he was appointed Judge of the Eighth Judicial District where he served until his death on October 3, 1875, at his rural home in Belle Plaine, Minnesota.

You may read more about the life and work of Justice Chatfield in his memorial, and in the Minnesota Supreme Court Historical Society's book: Testimony: Remembering Minnesota’s Supreme Court Justices, which is a source of this brief biography.