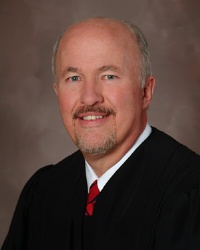 He worked in private practice with D.D. Wozniak, who went on to be the Chief Judge of the Minnesota Court of Appeals. In 1980 he started his own law firm and also started working as an Assistant Public Defender with the Ramsey County Public Defender’s Office.

As part of his work with the Public Defender’s Office, he represented R.A.V., a juvenile charged with putting a burning cross in the yard of an African American family. Cleary defended him, challenging the St. Paul hate crime ordinance, and lost unanimously in the Minnesota Supreme Court. He appealed to, and argued in front of, the U.S. Supreme Court where he won the case unanimously. He later wrote the book Beyond the Burning Cross, detailing his work on the case.

In 1996 he married his wife, Dana Moorhead Cleary.

In 1997 he became the director of the Minnesota Office of Lawyers Professional Responsibility and Client Security Board. During this time he wrote a regular column for Bench & Bar of Minnesota on topics related to lawyer professional responsibility. In 2000 he also began working as an adjunct professor for the University of Minnesota Law School.

He remained in this position until 2002 when he was appointed to the bench in the Second Judicial District (Ramsey County) by Governor Jesse Ventura. In 2009 he served on the Minnesota State Canvassing Board while it oversaw the recount of the Franken-Coleman Senate election contest.

In 2011, Governor Mark Dayton appointed Judge Cleary to the Minnesota Court of Appeals. He was appointed Chief Judge in 2013, and remained in that position until his retirement in April 2020 at age 67.

You may read more about the life and work of Judge Edward J. Cleary in the research resources linked in this guide, which are the sources of this brief biography.