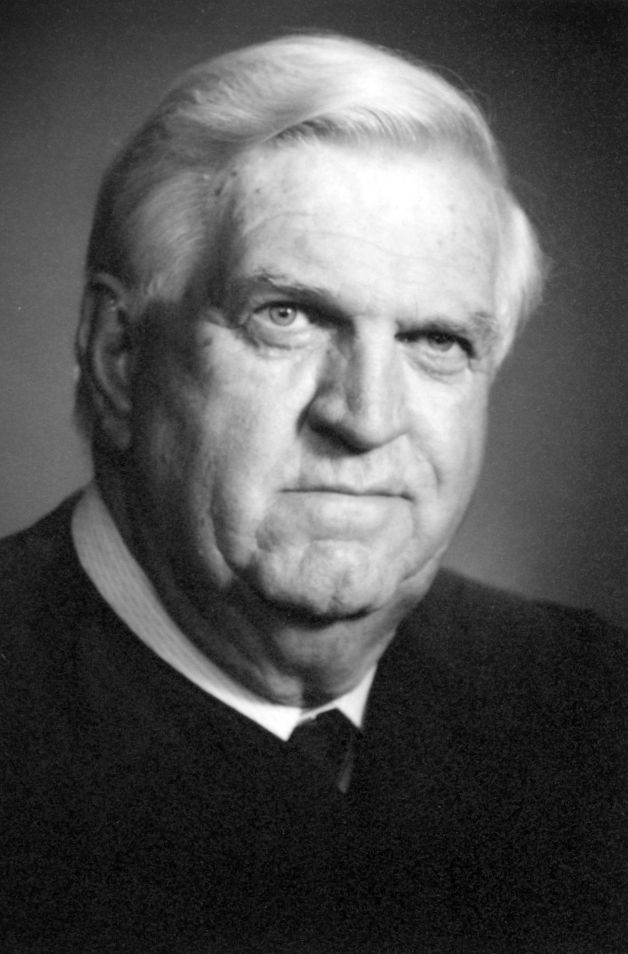 Daniel F. Foley was the National Commander of the American Legion from 1963-1964.

Daniel F. Foley was born October 9, 1921, in Wabasha, Minnesota. He was one of 10 brothers and sisters. His father, John R. Foley, practiced law in Wabasha and Daniel was one of four brothers who followed him into a legal career. One brother, Patrick Foley, was a U.S. Attorney for the District of Minnesota and a Federal Administrative Law Judge. Another, Eugene Foley, served as Administrator of the Small Business Administration in the 1960's. The third, John Foley, was a U.S. Representative for Maryland from 1959-1961.

Judge Foley graduated from St. Felix High School in Wabasha and served in World War II, rising to the rank of Sergeant. After earning a bachelor's degree from the University of St. Thomas and a law degree from Fordham University, he returned home to Wabasha in 1948 to practice law with his father. He served as the Wabasha City Attorney for 10 years, from 1949-1959.

Following his military service, Daniel F. Foley was active in the American Legion. After holding several elected positions in the state organization, he was elected National Commander of the American Legion, a position he held from 1963-1964. During his time as National Commander, he traveled across the country and abroad, met with President Kennedy, and was instrumental in rallying the Legion's support for the 1963 Partial Nuclear Test-Ban Treaty. In 1964 he was awarded a Doctor of Law degree from the Mexican Academy of International Law. In 1965 he was awarded a Papal knighthood of the Order of St. Gregory in recognition of his work for the Catholic church.

In 1966, Daniel F. Foley was appointed as a judge for Minnesota's 3rd Judicial District. In 1983, Governor Rudy Perpich appointed him to be one of the first six judges on the Minnesota Court of Appeals. He retired from the bench in 1991 upon reaching the mandatory retirement age of 70. He then served as a senior judge until his death in 2002.

Daniel F. Foley had five sons with his first wife, Ellen, to whom he was married from 1944 until her death in 1991. He married his second wife, Jeanne, in 2002 and passed away that same year.

You may read more about the life and work of Judge Foley in the research resources in this guide, which are the sources of this brief biography.