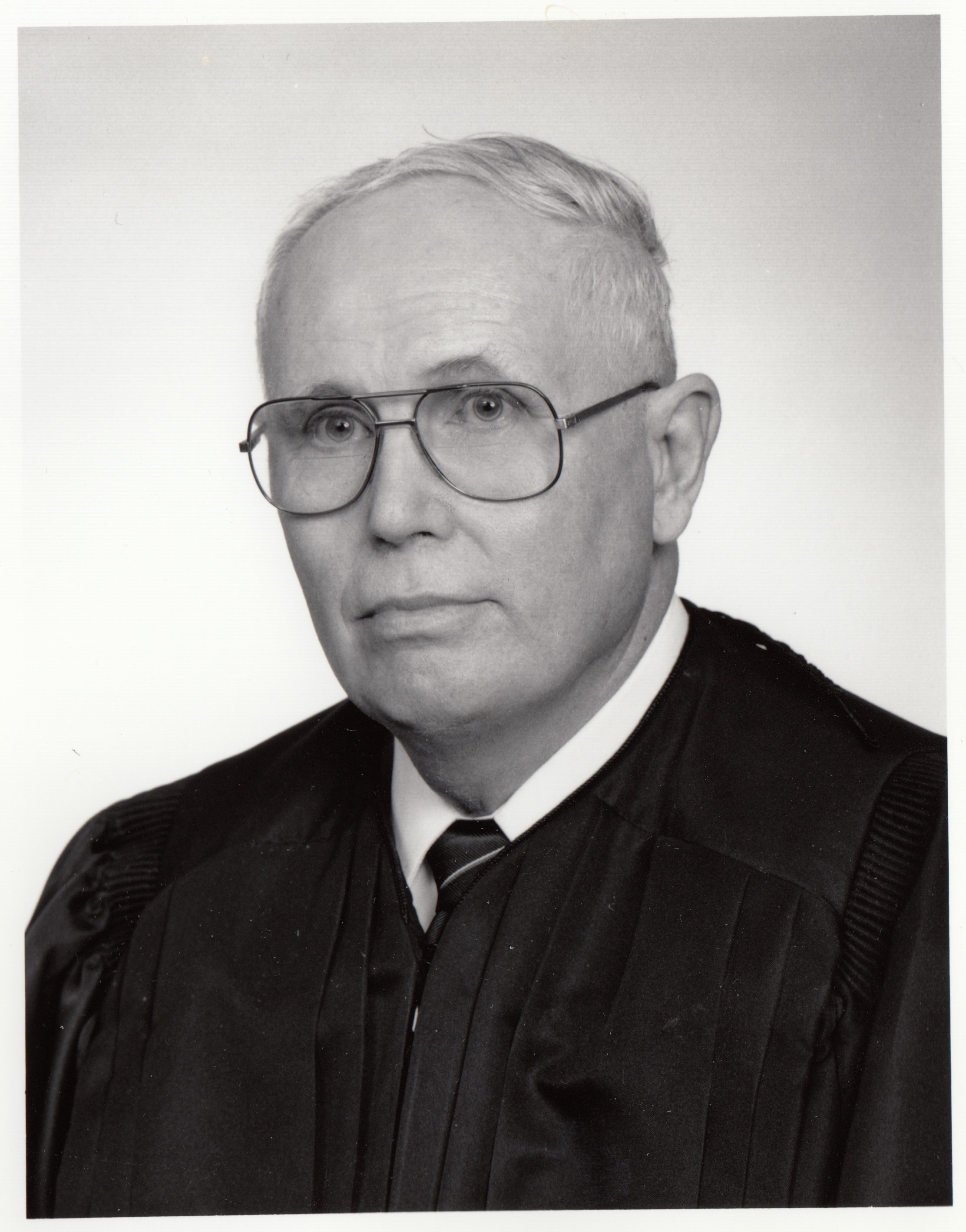 When Thomas G. Forsberg retired from the Minnesota Court of Appeals in 1995, he had spent 41 years of his career as a judge.

Thomas G. Forsberg was born on January 15, 1927 in Appleton Minnesota. He enlisted in the Army in 1945 and played clarinet in an Army band. In 1949 he married his wife, Phyllis, with whom he would have four children.

Judge Forsberg received his law degree from the University of Minnesota in 1952.

Just one year after graduating from law school, Judge Forsberg was appointed to the newly-created Coon Rapids Municipal Court bench in 1953 by Governor C. Elmer Anderson. For many years he also maintained a private practice as well as serving as the Coon Rapids Municipal Attorney and the Blaine City Attorney. He later served as a judge on the Anoka County Municipal Court in 1971 and on the Anoka County District Court from 1972-1984.

Judge Forsberg was appointed to the Minnesota Court of Appeals on April 1, 1984. By the time he retired in 1995, he had set a state record for the longest judicial career, having spent 41 years as a judge.

Judge Forsberg and his wife were married for 53 years until Phyllis passed away in 2002.Thomas G. Forsberg passed away on July 15, 2007.

You may read more about the life and work of Thomas G. Forsberg in the research resources linked in this guide, which are the sources of this brief biography.