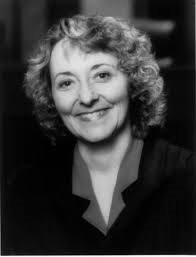 Gardebring's first legal job was as a Special Assistant Attorney General for Minnesota. From 1973 to 1977, she focused mainly on environmental litigation. She later served as the Director for the U.S. Environmental Protection Agency's Region 5 enforcement division from 1979 to 1982.

Gardebring was a devoted public servant and was referred to as an "administrative superwoman" for the variety of roles she held in state government. From 1977 to 1979, she served as the Commissioner of the Minnesota Pollution Control Agency. In this role, she pushed for legislation that became the first Superfund enacted by a state. In 1982, she returned to her role as Commissioner of the Minnesota Pollution Control Agency. In 1984, Gardebring was appointed the head of the Metropolitan Council by Governor Rudy Perpich. She served in that role until 1986, when she was appointed Commissioner for the Department of Human Services.

In 1989, Governor Perpich appointed Gardebring to the Minnesota Court of Appeals. She served on the Court of Appeals until January 4, 1991, when Governor Perpich appointed her to the Minnesota Supreme Court. Her appointment made Minnesota the first state to have a female majority on its Supreme Court. The female majority, which also included Justices Rosalie Wahl, Jeanne Coyne, and Esther Tomljanovich, would last until Justice Wahl left the court in 1994. Gardebring applied for a position on the federal bench in 1995, but withdrew when one of Minnesota's senators opposed her nomination. While on the Supreme Court, Gardebring led the revision of the juvenile court rules. Gardebring resigned from the court in 1998.

You may read more about the life and work of Justice Gardebring in the Minnesota Supreme Court Historical Society's book: Testimony: Remembering Minnesota's Supreme Court Justices, which is a source of this brief biography.