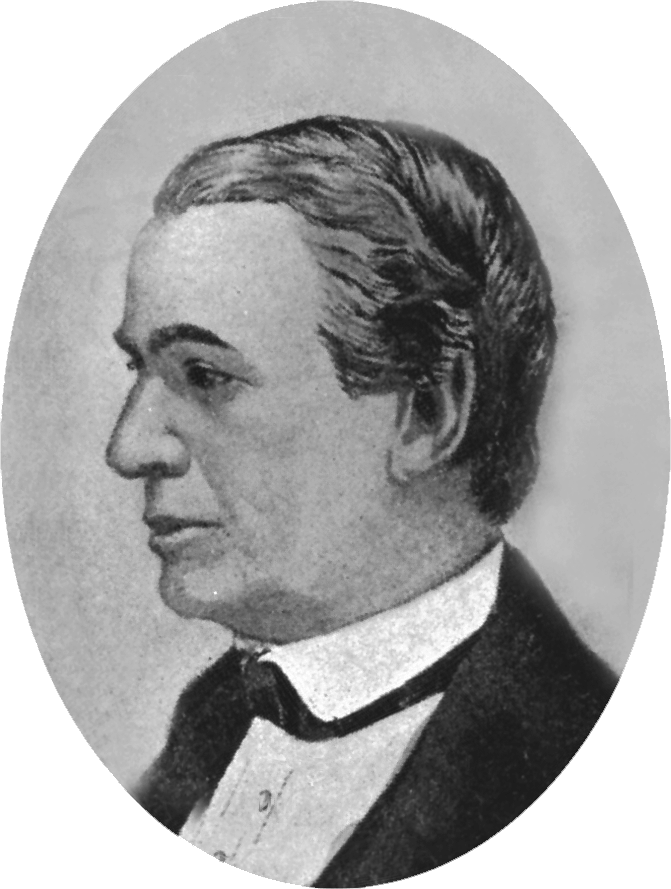 Aaron Goodrich was born in Cayuga County, New York on July 16, 1807. His family later moved to western New York, where he spent his youth on his father’s farm, attended county school, and read a great many books. He got his first experience with the law around age twenty when he was living in Buffalo, NY. He moved to Michigan Territory and he lived there briefly before moving on to Dover, Tennessee. He became involved in a bank scandal in Michigan and was involved in a lawsuit there after he had moved away.

While in Tennessee, Goodrich married a woman from Michigan and completed his legal studies. He eventually ran for the legislature, lost by two votes, and after contesting the result, served on the Tennessee State Legislature from 1847-1848. Goodrich became good friends with Zachary Taylor while in Tennessee and after Taylor was elected president, he appointed Goodrich to be the Chief Justice of the Minnesota Territorial Supreme Court on June 1, 1849. At the time of his appointment, two other men were appointed to the Minnesota Supreme Court and they each also served as the district judge for their area.

The first session of the Minnesota Territorial Supreme Court was held at the American House hotel in St. Paul on January 14, 1850. Goodrich served on the court from January 13, 1850 to November 13, 1851, when he was removed by President Fillmore. He was accused of improprieties on and off the bench and Alexander Ramsey believed him to lack knowledge of the law. Goodrich went on to become a charter member of the Minnesota Historical Society and in 1861, he was appointed by President Lincoln to be the Secretary of Legation in Brussels, Belgium and stayed there until 1869 when he moved back to St. Paul.

In 1870, he divorced his first wife, who had never joined him in Minnesota or Belgium, and on August 10, 1870, he married Mary Alice Paris, a nineteen-year-old woman he met on the boat back to the United States. He had two daughters with his second wife and died on June 24, 1887, at the age of seventy-nine.

He was known as an avid book collector. His most valuable possession at the time of his death was his book collection, which according to the newspaper was valued at possibly $50,000. Goodrich Avenue in St. Paul is named for him.

You may read more about the life and work of Chief Justice Goodrich in the articles, linked below, and in the Minnesota Supreme Court Historical Society's book Testimony: Remembering Minnesota's Supreme Court Justices, which is a source of this brief biography.