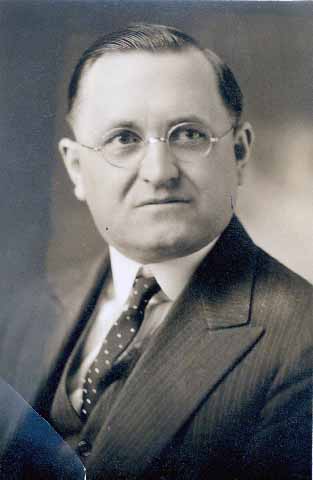 In 1936, Harry H. Peterson was appointed Associate Justice of the Minnesota Supreme Court.

Harry H. Peterson served as an Assistant County Attorney and the Ramsey County Attorney from 1923 to 1926.  He was said to be so dedicated to the law that he worked with a ruptured appendix for 10 days before going to the hospital.  In 1932, he was elected as Attorney General.  He was reelected as Attorney General in 1934 and 1936. During the depression years, he drafted the Minnesota Mortgage Moratorium Act. The act provided the courts authority to postpone foreclosures until the homeowner had a chance to refinance. Attorney General Peterson also drafted the Homestead Preferential Tax Act, which provided tax cuts to homeowners.  He drafted a law that allowed farmers, affected by harsh dust-bowl conditions, to borrow money to feed their livestock.  Harry H. Peterson resigned as Attorney General to accept an appointment from the Governor to the supreme court bench, filling a vacancy created by the resignation of Justice I.M. Olsen.

You may read more about the life and work of Justice Peterson in the Minnesota Supreme Court Historical Society's book:  Testimony: Remembering Minnesota’s Supreme Court Justices, which is the source of this brief biography.