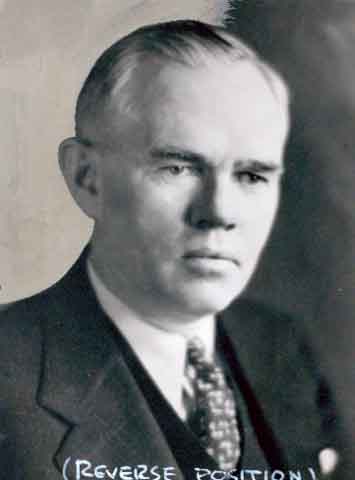 In 1937, Henry M. Gallagher was appointed Chief Justice of the Minnesota Supreme Court.

Henry Michael Gallagher was born in Waseca County, Minnesota, on September 10, 1885, the second of six children. His brother, Frank T. Gallagher, served as Associate Justice of the Minnesota Supreme Court from 1946-1963.

In 1914 he married Maud Klug of South Dakota. They were married 50 years and had two daughters.

At the young age of 27, Henry was selected as a Municipal Judge in 1912.  He served one year and resigned to become the County Attorney of Waseca on November 1, 1913. He served a full term and then returned to private practice. In 1919, he was elected again to serve as Waseca County Attorney and held the position through 1923. He was reelected, but turned down the office to devote the time to his private practice. Henry Gallagher served as a member of the State Board of Law Examiners (1926 - 1932), the Waseca School Board, and as a member of the State Industrial Commission. Henry M. Gallagher was appointed Chief Justice of the Supreme Court on February 15, 1937 and served until 1944. After six years as Chief Justice, he decided not to run for reelection.

You may read more about the life and work of Chief Justice Gallagher in his memorial, and in the Minnesota Supreme Court Historical Society's book:  Testimony: Remembering Minnesota’s Supreme Court Justices, which is the source of this brief biography.