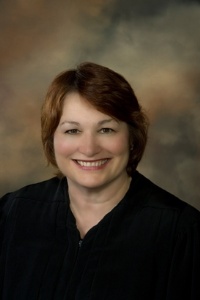 Following law school, Judge Hooten entered private practice working for the law firm of Jardine, Logan & O'Brien. She worked at the firm from 1978-1986. From 1987-1991, Judge Hooten worked for Bassford, Heckt, Lockhart, Truesdell & Briggs, P.A. In 1991 she started her own firm, the Carol A. Hooten Law Firm, where she represented clients in civil matters until 2002. She also served as an arbitrator with the American Arbitration Association from 2001-2002.

In 2002, Judge Hooten was elected to serve as a judge of the First Judicial District in Scott County. She was re-elected to her seat on the bench in 2008. During her time as a judge of the First Judicial District, Judge Hooten was a member of the Minnesota State Family Law Committee and the First District Guardian ad Litem Advisory Committee, and served as chair of the Scott County Children's Justice Initiative, where she was responsible for implementing best practices for handling child protection cases.

On March 30, 2012, Governor Mark Dayton appointed Judge Hooten to the Minnesota Court of Appeals. She was re-elected to her position in 2014 and 2020. In addition to her judicial activities, Judge Hooten has also taught as an adjunct professor at William Mitchell College of Law (now Mitchell Hamline) and participated as a judge for Mock Trial and Moot Court tournaments for Hamline University, Macalester College, and the University of Minnesota Law School.

Judge Hooten retired from the court on November 30, 2021.

You may learn more about the life and work of Judge Carol Hooten in the research resources linked in this guide, which are the sources of this brief biography.