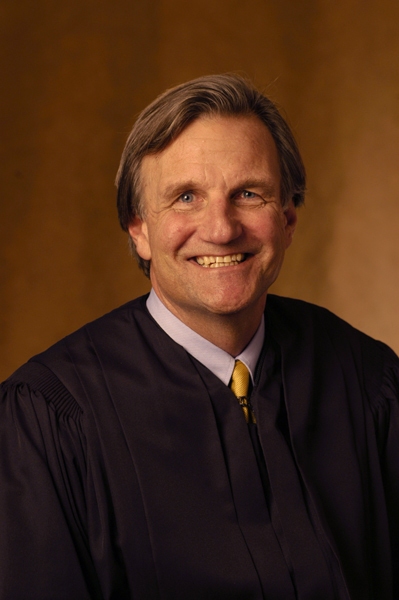 Thomas J. Kalitowski served on the Minnesota Court of Appeals for 26 years.

Thomas Jerome Kalitowski was born on March 26, 1948 in Robbinsdale, Minnesota. He graduated from DeLaSalle High School in Minneapolis before attending the University of Minnesota, where he earned a bachelor's degree in Political Science 1970. He then attended the University of Minnesota Law School, from which he received his law degree in 1973. During this time he also worked as a law clerk for Hennepin County District Court judge Lindsay Arthur from 1972-1973.

After law school, Judge Kalitowski held a number of positions working in various Minnesota state administrative agencies. In 1973 he was hired as an assistant Attorney General, tasked with representing the state's Department of Agriculture, Livestock Sanitary Board, Veterinary Examining Board, and Horticultural Society. In 1975 he became an Assistant Commissioner of Agriculture, a position he held until 1977 when he was appointed by Governor Rudy Perpich to become the first chairperson of the newly-created Minnesota Water Planning Board as well as the Chairman of the Upper Mississippi River Basin Association and the Red River Water Resources Council. In 1983, following the merger of the Minnesota Water Planning Board with the Minnesota State Planning Agency, Judge Kalitowski served as Director of the Environmental Division of the State Planning Agency and the Chairman of the state Environmental Quality Board. In 1984 he was appointed Commissioner of the Minnesota Pollution Control Agency.

You may read more about the life and work of Judge Kalitowski in the research resources linked in this guide, which are the sources of this brief biography.