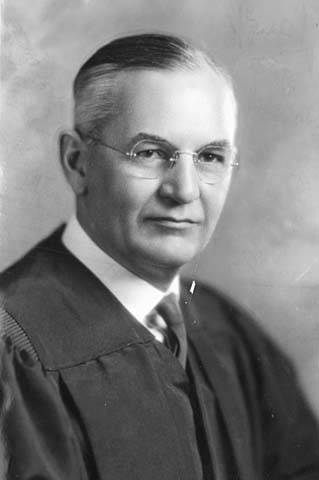 He was a cowboy on his father's ranch in his youth, and served in the Judge Advocate's Department in the U.S. Army during World War I, which later sent him to Boston and China.

Charles F. Loring was born on a farm in Kinnickinnic Township, St. Croix County, Wisconsin in 1873. In 1877, he and his family moved to Clay County, Minnesota, and in 1890, they moved to Missoula County, Montana, where Loring became a cowboy on his father's ranch. Loring was educated at the State Teachers College at Moorhead, Phillips Exeter Academy, and the University of Minnesota Law School, gaining his law degree in 1898.

Loring was admitted to the Montana bar and practiced there for a year, before returning to Moorhead and joining his cousin Carroll A. Nye's law firm. He moved to Crookston, Minnesota in 1900, entering the law firm of Halvor Steenerson, then partnering with G. Aaron Youngquist in 1905.

In 1900, Loring married Bertha Darrow of Moorhead, a friend of the Nye family. They had two daughters, Helen (1903) and Genevieve (1907). In 1918, during World War I, Loring joined the Judge Advocate's Division in the U.S. Army, attaining the ranks first of major and then lieutenant colonel in the Judge Advocate's Department. During this time, he served in Boston, China, and the Hawaiian Department. In 1926, he retired from the Army and returned to private practice in Crookston.

Loring retired from the Court in 1953 and moved to Tucson, Arizona. In 1954, President Dwight D. Eisenhower named him to the chair of a nationwide arbitration board to mediate a dispute about the management of railway freight cars on industrial property. He died March 7, 1961, aged 87. His tenure as Chief Justice was January 1944 - July 15, 1953 or 9 years, 6 months, 15 days.

You may read more about the life and work of Justice Loring in his memorial, linked below, and in the Minnesota Supreme Court Historical Society's book Testimony: Remembering Minnesota's Supreme Court Justices, which is the source of this brief biography.