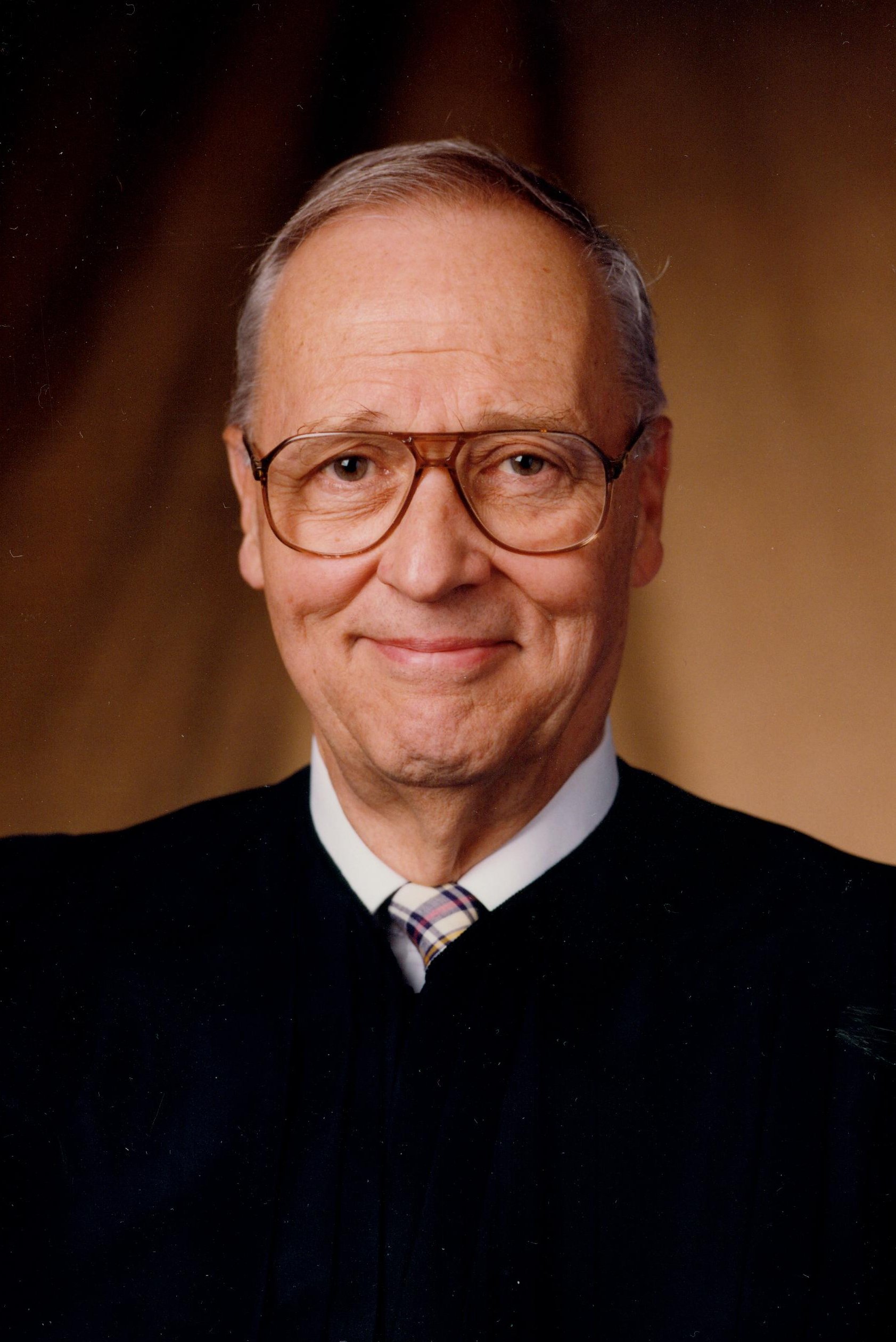 Edward J. Parker authored more than 1,000 opinions during his career on the Court of Appeals

Edward J. Parker was born in Detroit, Michigan in 1927. After finishing the 8th grade, he went to work in Detroit's auto factories to help support his divorced mother and two sisters. He enlisted in the Marine Corps during World War II and was aboard the first U.S. ship to sail into Nagasaki Harbor after the dropping of the atomic bomb. Later he served in the Korean War.

After his military service, Edward J. Parker moved to Minneapolis where his high test scores allowed him to bypass earning his high school diploma and go directly to the University of Minnesota. He earned his bachelor's degree in 1952 and his law degree in 1955. In 1949 he married his wife, Dorothy, with whom he would go on to have five children. Following law school, he served as Minnesota's Assistant Attorney General from 1955 to 1960. After three years spent in private practice, he was appointed to the Minneapolis Municipal Court bench in 1963 by Governor Karl F. Rolvaag, making him the youngest person at the time to be appointed to this position. In 1966 he was elevated to the Hennepin County District Court bench. In 1974, facing the financial pressure of supporting four children enrolled in college, he stepped down from the bench to practice law as a partner at Lindquist Vennum (now Ballard Spahr) until 1983. From 1979 to 1980 he served as president of the Hennepin County Bar Association.

In 1983, Edward J. Parker became one of the first six judges appointed to the newly-created Court of Appeals. He had been active in the planning and creation of the court, serving on the Judicial Planning Committee and on the Minnesota Bar Association Committee which recommended the court's structure to the legislature. He was re-elected to his seat on the bench in 1984 and 1990 and retired in 1997 upon reaching the Court's mandatory retirement age of 70. During his tenure on the Court of Appeals, Judge Parker authored over 1,000 opinions. He was known for his sense of fairness and his defense of civil rights. Judge Parker passed away on February 5, 2012.

You may read more about the life and work of Edward J. Parker in the research resources linked in this guide, which are the sources of this brief biography.