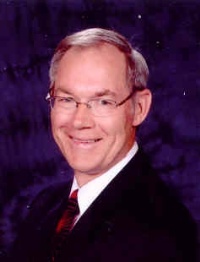 Judge John P. Smith was appointed to the Minnesota Court of Appeals on December 19, 2012 after serving for 21 years on the Ninth Judicial District Court.

John Paul Smith graduated with honors from Concordia College in Moorhead, Minnesota in 1971. He then attended William Mitchell College of Law, where he earned his law degree in 1975. Following law school, Judge Smith joined the firm of Smith, Hunter and Valen in Park Rapids, Minnesota.

Judge Smith worked as a civil trial specialist at Smith, Hunter and Valen from 1976 to 1991. During this time, he also earned his L.L.M. in Litigation from Emory University in 1987. After 15 years in private practice, Judge Smith was appointed to the Ninth Judicial District Court by Governor Arne Carlson on August 13, 1991. After being appointed, he would go on to be re-elected to his position in 1992, 1998, 2004, and 2010. Judge Smith's tenure on the Ninth District bench included a stint serving as the District's Chief Judge.

On December 19, 2012, Governor Mark Dayton appointed Judge Smith to a seat on the Minnesota Court of Appeals. He was re-elected in 2014 and he retired from active duty on February 2, 2016. He continued to serve the Court of Appeals in the capacity of Senior Judge from February 3, 2016 to June 30, 2017.

Judge Smith has been active in numerous professional and community organizations. He is the former President of the Minnesota District Judges Association and has served as a faculty member of the National Judicial College in Reno, Nevada. He has served on the Nevis School Board, was a Boy Scouts of America Scoutmaster (Troop 56), and was the Supervisor of Crow Wing Township from 1976-1978. Judge Smith has also traveled to all seven continents and visited over 120 countries, and has volunteered as an usher at multiple Olympics.

You may read more about the life and work of Judge John P. Smith in the research resources linked in this guide, which are the sources of this brief biography.