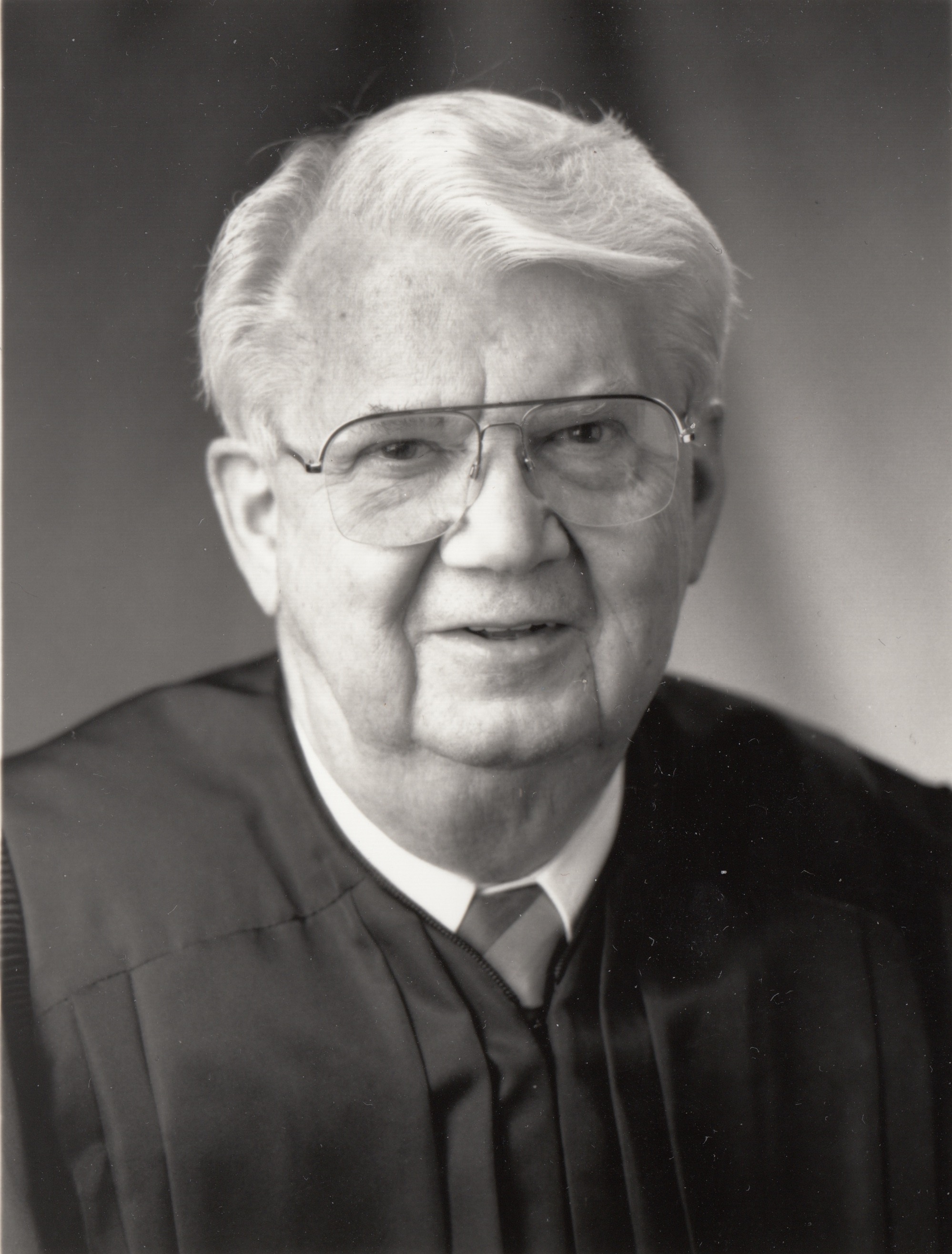 D.D. Wozniak was one of the first six judges appointed to the Court of Appeals

Daniel Donald (D.D.) Wozniak was born August 26, 1922 in Silver Lake Minnesota. He graduated from Central High School in Minneapolis and earned a bachelor's degree in Economics from the College of St. Thomas in 1943. After college, he joined the navy and served as a fighter pilot in the Pacific theater during World War II. Following his military service, he enrolled at the University of Minnesota Law School where he earned his law degree in 1948. In 1947 he married his wife, Angela, with whom he would have four children.

Judge Wozniak was elected to the Minnesota House of Representatives in 1950 and went on to serve for 16 years, representing St. Paul district 39 until 1962 and district 45 from 1963-1965. Many of his years in the state legislature were spent as the majority leader of the liberal caucus. He also served as Chairman of the Tax and Civil Administration Committees and was instrumental in crafting legislation that laid the groundwork for Minnesota's school voucher system.

Judge Wozniak retired from the state House of Representatives in October, 1965 when he was appointed as a Foreign Service Officer by President Lyndon Johnson. His work for the State Department included a stint as an Ambassador Select to Ecuador. Judge Wozniak left the Foreign Service in 1969 and returned to Minnesota where he entered private practice.

After returning to Minnesota, Judge Wozniak stayed involved in politics, lobbying for legislation on issues close to his heart and serving as a political advisor to several state and national campaigns. He received over 100 awards for his community service and was named a Papal Knight of the Holy Sepulchre in 1982 by Pope John Paul II.

In 1983, Governor Rudy Perpich appointed Judge Wozniak to become one of the first six judges on the newly-created Court of Appeals. In 1987 he became Chief Judge, a position he held until reaching the Court's mandatory retirement age of 70 in 1992.

You may read more about the life and work of Daniel Donald (D.D.) Wozniak in the research resources linked in this guide, which are the sources of this brief biography.