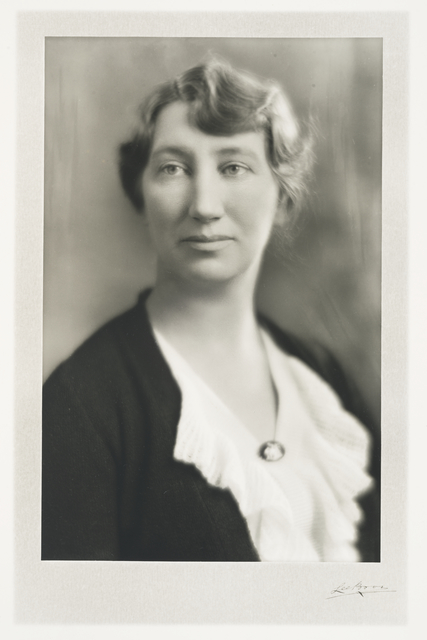 Grace Fayette Kaercher was born June 17, 1887 in Auburn, Iowa to Aaron Benjamin and Gertrude Johnson Kaercher and was the fourth of 11 children. She grew up in Ortonville, Minnesota where her father was an attorney, a land owner, and owned the local newspaper. Grace worked in all of those areas, on the farm, in her father's law office and as associate editor of the Ortonville Independent newspaper, which he also owned.

Grace Kaercher married Edward A. Davis May 25, 1927. She continued to use her maiden name officially until 1928 when she changed it to Kaercher Davis.

She held the position as Clerk, running for re-election every four years until 1934, when she was beat in the election by Russell O. Gunderson. After his term was up, he didn't run for re-election and Kaercher Davis ran again and won her position back, which she held until her retirement in 1954 after losing the election. She served in the position for a total of 28 years. After her retirement from the court, she joined the insurance firm Fred L. Gray Insurance Co.

Edward Davis died in 1943. She had no children and never remarried. After her husband's death she lived with a friend who wrote poetry and Grace drew the illustrations for her published books.

In 1956, the position of Supreme Court Clerk was converted to an appointment rather than elected position.

You may read more about Grace Kaercher Davis in the resources linked in this guide which are the sources for this brief biography.