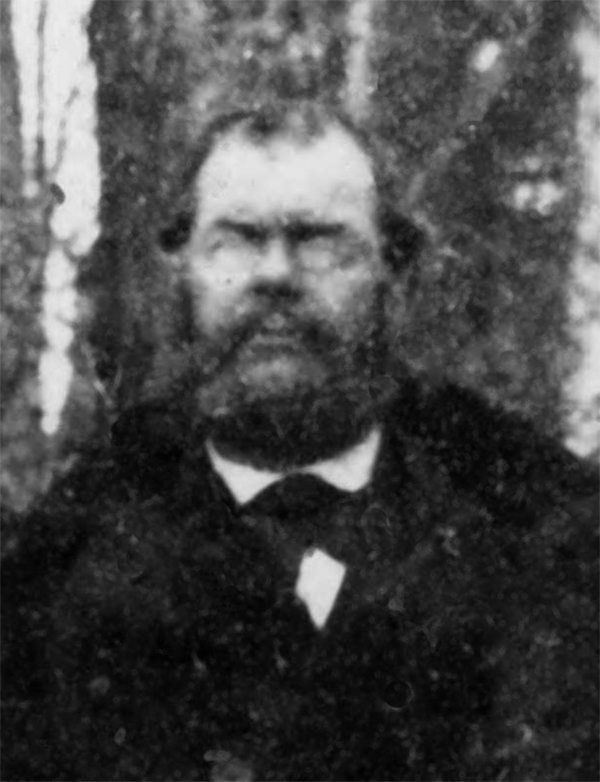 Dr. Thomas Foster spent many years as a newspaper editor after his time as the State Librarian

Dr. Thomas Foster was born in 1819 in Lewiston, Pennsylvania. His father was a farmer. He went to the local school and started working for the Lewiston Gazette when he was 16. He began to attend medical school and worked as a reporter for the Philadelphia Ledger to support himself. He also became involved in politics during this time, as a supporter of William Henry Harrison for President. He worked for a while at the Daily Age, which also backed Harrison (against President Martin Van Buren). His support of Harrison led to a position as clerk of the local court, although he was removed in the next administration. He then went to work for the Harrisburg Telegraph.

He met Alexander Ramsey around the same time and became his secretary. He then campaigned for Zachary Taylor and was appointed secretary to the electoral college. Through Alexander Ramsey, now Territorial Governor of Minnesota, Foster was offered a position in Washington, but declined it and instead left for St. Paul to work for Ramsey again. Along with Ramsey, as his secretary, and Luke Lea, commissioner of Indian Affairs, on July 23, 1851 he participated in the treaty signing at Traverse Des Sioux and drafted the agreement. He once again became active in politics and journalism, managing and editing the Daily St. Paul Minnesotian and was part of the Whig and Republican parties. He was often the one to write the platforms of the party. He was a mover within local politics, but never ran for elected office.

In 1861, Foster became the State Librarian as well as the private secretary to Alexander, who was then Governor. He spent less than a year in the position before he accepted a commission as captain and commissary of subsistence offered to him by President Lincoln.

He moved to Duluth in 1868, where he started a newspaper and is known for a speech where he dubbed the city of Duluth, "Zenith City of the Unsalted Seas."

He became interested in the lives and history of the Native Americans and in 1873 he was appointed by congress to edit the collection of Native American languages, which he did for several years. He moved to Washington for this post and never returned to his family in Duluth. He worked at additional government posts as well as starting a newspaper in Alexandria, Virginia.

In 1874, his son, Clarence Frank Foster, drowned in Lake Superior after a boating accident in a storm.

In 1877, his wife, Hannah, filed for divorce claiming abandonment. He hadn't supported her in any way, despite the fact that she was caring for his elderly relatives.

Hannah died around 1891, however, there was later a lawsuit over her estate that involved her sons Edward and Clarence. Thomas had claimed part of Hannah's estate as her husband because the divorce hadn't actually been finalized. The dispute went to the Minnesota Supreme Court and was decided in 1895 (Marvin v. Foster, 61 Minn 154). Judge Buck said about the matter: "It is seldom that we have presented for our consideration a more heartless case of a husband’s inhumanity to a wife than is presented by the record herein.”

In 1895, he married his third wife, Clarissa "Carrie" Alice Fell, who was the daughter of Dr. Vickers Fell of St. Anthony Minnesota. She was born in 1850 and sang for President Lincoln at an event at the Smithsonian Institution in 1862.

In 1902, he resigned his position in the U.S. Treasury Department. He moved to California for the winter where his youngest son, Thomas, lived at the time. He died March 31, 1903 in San Francisco, California. At the time of his death, he had two sons living, Edward in Duluth, a civil engineer, and Thomas a Secret Service Agent.

You may read more about the life and work of Dr. Thomas Foster in the research resources linked in this guide, which are the sources of this brief biography.