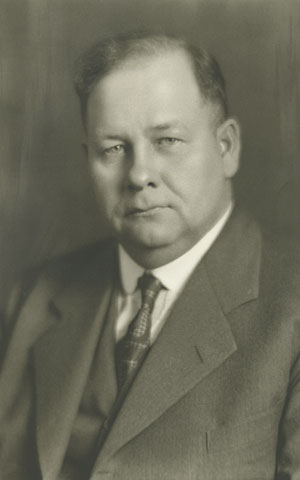 Clarence Reinhold Magney was born on January 11, 1883, in Trenton Township, Pierce County, Wisconsin. He attended public schools in Bayport, Minnesota. He went on to attend Gustavus Adolphus College in St. Peter. In 1908, he received his law degree from Harvard Law School. Upon graduation from law school, he began practice at the law office of Jenswold & Jenswold in Duluth. On April 26, 1911, Clarence Magney married Lillian Lundgren and they had one daughter and two sons.

In 1917, Clarence Magney ran for mayor of Duluth and was elected. He resigned as mayor in 1920 and entered the primary election as a judicial candidate. He was elected District Court Judge and took office in 1921.

He was involved in many boards, including the Lakeview Memorial Hospital Board, Two Harbors, Minnesota Council of State Parks, Grand Portage National Monument Committee, and others. He was specifically interested in preserving and improving the state parks and natural resources. A Minnesota State Park is named for him "Judge C. R. Magney State Park" in Grand Marais, Minnesota.

You may read more about the life and work of Justice Magney in his memorial, and in the Minnesota Supreme Court Historical Society's book: Testimony: Remembering Minnesota’s Supreme Court Justices, which is the source of this brief biography.