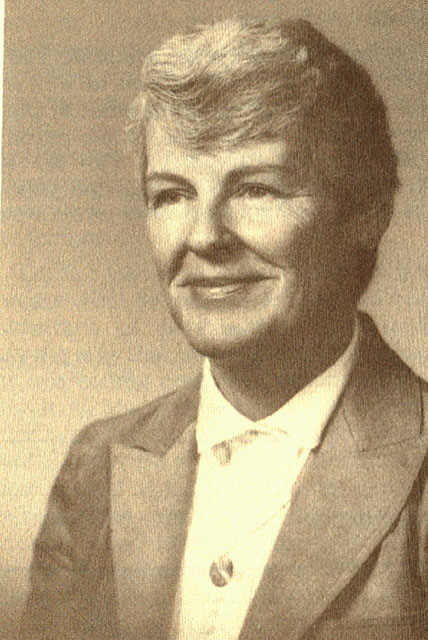 In 1983, Susanne Carrroll Sedgwick was appointed as one of the first six members of the newly formed Court of Appeals. Judge Sedgwick served on the Court until February 1988.

Susanne Carroll was born on June 10, 1931, in Minneapolis, Minnesota. Her parents struggled with alcoholism during her childhood, which resulted in her spending time in foster care. Her parents did overcome their struggles and her father, Lynn Carroll, was instrumental in the founding of Hazelden treatment clinic.  Sedgewick credited her father with instilling in her the determination and confidence required to take on many challenges.

Sedgwick graduated from Southwest High School in Minneapolis and attended the University of Minnesota for her undergraduate education. She married her husband Albert Sedgwick on February 19, 1955 and completed her law degree at William Mitchell College of Law graduating with honors in 1956.

Sedgwick did not enter the legal profession immediately after finishing law school. According to her husband, Albert Sedgwick, in the memorial he provided to the Hennepin County Bar Memorial Session,

“Sue and I married while Sue was finishing law school. Our daughter, Ann, was born on the first day of her Christmas recess in her senior year so she missed no classes. She was expecting our son, Richard, at the time of her swearing in ceremony for her admittance to the bar. Daughters Elizabeth and Sara followed and we were engulfed with diapers for a few years.”

After her children were in school and after being encouraged by a former law professor, Douglas Amdahl, Sedgwick went to work for Legal Aid, first as a part time attorney and soon after as a full-time staff attorney. In 1968, she became Assistant Hennepin County Attorney. She was the first woman to serve in that role, which she held until 1970, when she achieved another first by winning a seat as Municipal Court Judge, running against an incumbent.

In 1974, Sedgwick was appointed District Court Judge by Governor Wendell Anderson. She served ten years on the district court before being appointed to the Minnesota Court of Appeals by Governor Rudy Perpich in 1983. Judge Sedgwick remained on the Court until illness required her to step down in February of 1988.

Judge Sedgwick died after a long battle with cancer on April 8, 1988.

You may read more about the life and work on Judge Sedgwick in the memorial, linked below, which is the source of this brief biography.