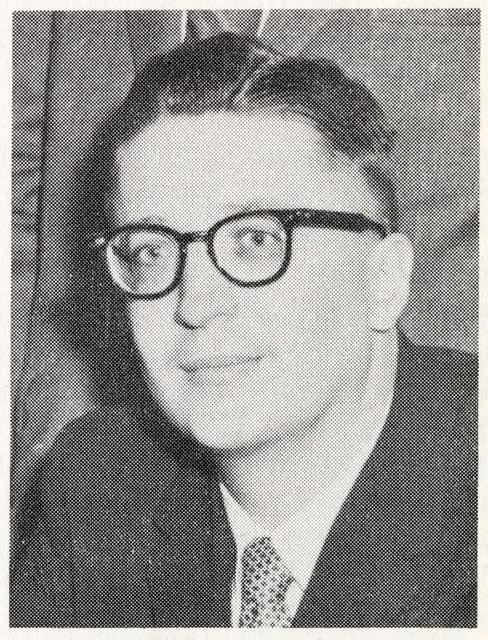 Lawrence Robert Yetka was born on October 1, 1924 in Cloquet, Minnesota to a Frank and Martha Yetka. He grew up in Cloquet, attended public schools, and graduated from Cloquet High School as Salutatorian in 1942. After graduation, he went on study at the University of Minnesota but dropped out of college briefly to work in the defense industry during World War II. He eventually returned to the University of Minnesota where he enrolled in law school and graduated early with both a Bachelor of Science and LL.B. in 1948.

After graduating from law school, Yetka opened his first law practice in Cloquet. Soon after, in 1950, he married Ellen Fuller Carter. They had three children: Frank, Larry, and Christopher. Professionally, Yetka worked in a variety of different settings during his legal career. In addition to his private practice, he was the staff attorney for the Office of Price Stabilization from 1951 to 1952; the attorney for the Western Lake Superior Sanitary District from 1971 to 1973, and the Cloquet City Attorney from 1964 to 1973.

During much of this legal work, Yetka also represented his district in the Minnesota House of Representatives. He served as a Representative from 1951 to 1961, and was chairman of both the House Judiciary Committee as well as the State Judicial Council.

Yetka’s judicial service began in 1961, when he served as a Special Municipal Judge in Cloquet. He held on to this role until 1964. In 1973, Yetka returned to judicial service when he was appointed Associate Justice of the Supreme Court of Minnesota by Governor Wendell Anderson. Justice Yetka was subsequently reelected until mandatory retirement required him to step down in 1993. While he was an Associate Justice of the Supreme Court, Justice Yetka authored over 600 decisions and played a role in establishing in the Minnesota Court of Appeals.

After retiring from the Supreme Court in 1993, Justice Yetka returned to his home of Cloquet, Minnesota. He spent 15 years volunteering to hear conciliation court claims a few days a week at the Carleton County Courthouse. In 2007, he was named one of the 100 Most Influential Minnesota Lawyers of All Time by Minnesota Law & Politics magazine.