Today, jury registers are often drawn from lists of registered voters, and the two are often considered connected. However, this was not automatically the case. Women were not eligible for jury service in Minnesota until April 19, 1921, when General Statute 7960 was amended to include women. Women were excited to begin jury service, which was perceived as a benefit at the time as men increasingly sought excuses to get out of service.

Court challenges to women jurors emerged shortly after the legislature amended the jury statute. In State v. Rosenberg, 192 N.W. 194, 155 Minn. 37 (1923), the defendant appealed his conviction for receiving stolen goods. He argued that the jury service statute was unconstitutional, and therefore the jury of men and women that convicted him was unlawful. The Minnesota Supreme Court upheld the statute, noting:

Women may be elected to the judicial office. It would be a strange anomaly if they could not sit as jurors. We hold that the statute of 1921 enacting that petit juries may be composed of twelve men or women or both is constitutional and valid. 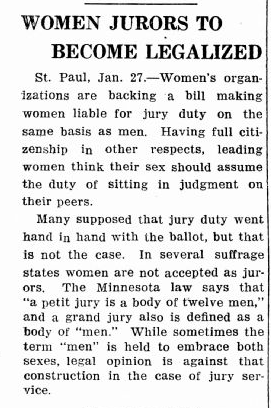 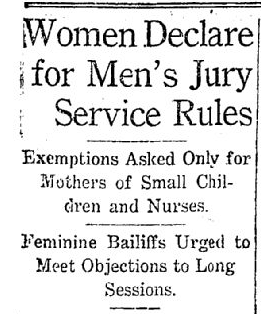 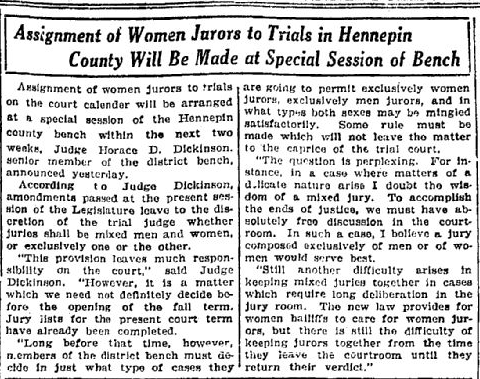 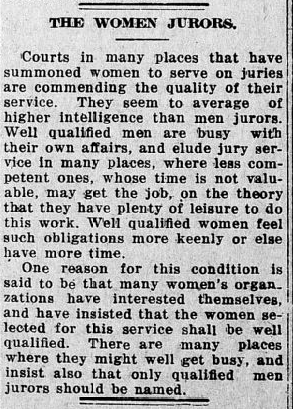