The women of Minnesota didn't waste any time after the 19th amendment was ratified. Many of them had been politically active for years and finally they were able to run for office. In the first election of 1922, four women were elected to the Minnesota Legislature and one was elected to the state-wide office of Supreme Court Clerk. Immediately following the passage of the amendment, the Minnesota legislature changed the laws to include women in jury pools, although the law allowed for them to withdraw. On the next pages are a few notable firsts in Minnesota. 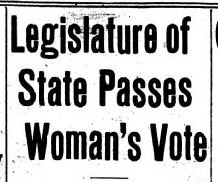 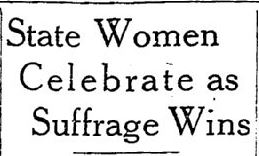 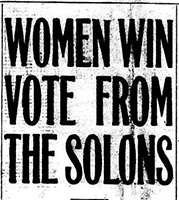